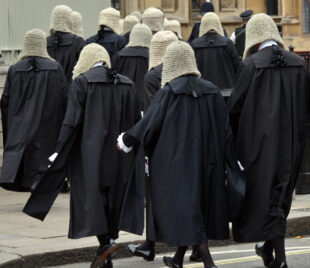 The UK has introduced the largest and most severe package of economic sanctions that Russia has ever faced. The UK government, along with international allies, is working strenuously to reduce Putin’s ability to wage war.

As part of this package, the Government has introduced over 1200 new designations under the Russia Sanctions regime since 22nd February 2022. Putting this into context, at the time of OFSI’s last annual review, there were a total of 2213 individuals and entities designated in total across all regimes. Moreover, the new designations were imposed on a major G20 economy with significant economic ties to the UK and global economies. Previous regimes of broadly comparable scope, for example DPRK and Iran, targeted smaller, less globally integrated economies.

This is a substantial increase in those who are subject to a UK asset freeze and who would now require an OFSI licence to use or benefit from any of the funds or economic resources they own or control. This includes funds needed to meet the basic needs of any of these individuals or entities, and the payment of fees for any legal representation they might seek.

In acknowledging the importance of a person’s ability to be receive legal advice and representation, OFSI has long had a position of not prohibiting the provision of legal advice to a designated person under an asset freeze. Payment for legal services, including payment for legal services provided on credit, by contrast has required an OFSI licence.

In practice, General Licence INT/2022/2252300 means that a UK legal firm or UK Counsel who has provided legal advice to a person designated under either the Russia or Belarus regime, will not have to wait for an OFSI specific licence before they can receive payment from that designated person, provided that the terms of the general licence are met.

Anyone wanting to make use of these permissions should carefully consider the terms of the General Licence before doing so. Some of the key details of the licence are as follows:

The licence distinguishes between legal fees in relation to ‘pre-designation’ work, and work started ‘post-designation’.

For legal work which is carried out in satisfaction of a prior obligation (for example where a law firm or barrister is engaged before the designation of the individual or entity), there is a £500,000 (inc. VAT) cap on the amount that can be claimed over the duration of the licence. This amount reflects the potentially costly nature of legal work and therefore covers legitimate requests, while still maintaining the policy intent of a financial sanctions designation.

For all legal work commenced post-designation, users of the licence will need to demonstrate through their reporting obligations that all fees which have been paid are reasonable. This will be done by providing details of hourly fees, workstreams, and evidence that overall fees are at or below a cap of £500,000 (inc. VAT). It’s important to note that this cap applies to a designated person’s total legal fees per case and the cap can be used separately by multiple legal firms involved in a case.

Where applicable, these two caps can also be combined, meaning if work is undertaken for a designated person that involves fees for legal work carried out in satisfaction of a prior obligation (£500,000 limit) and work commenced post-designation (£500,000 limit), up to £1 million (inc. VAT) could be paid under the General Licence. For any fees above these caps, a specific licence must be sought.